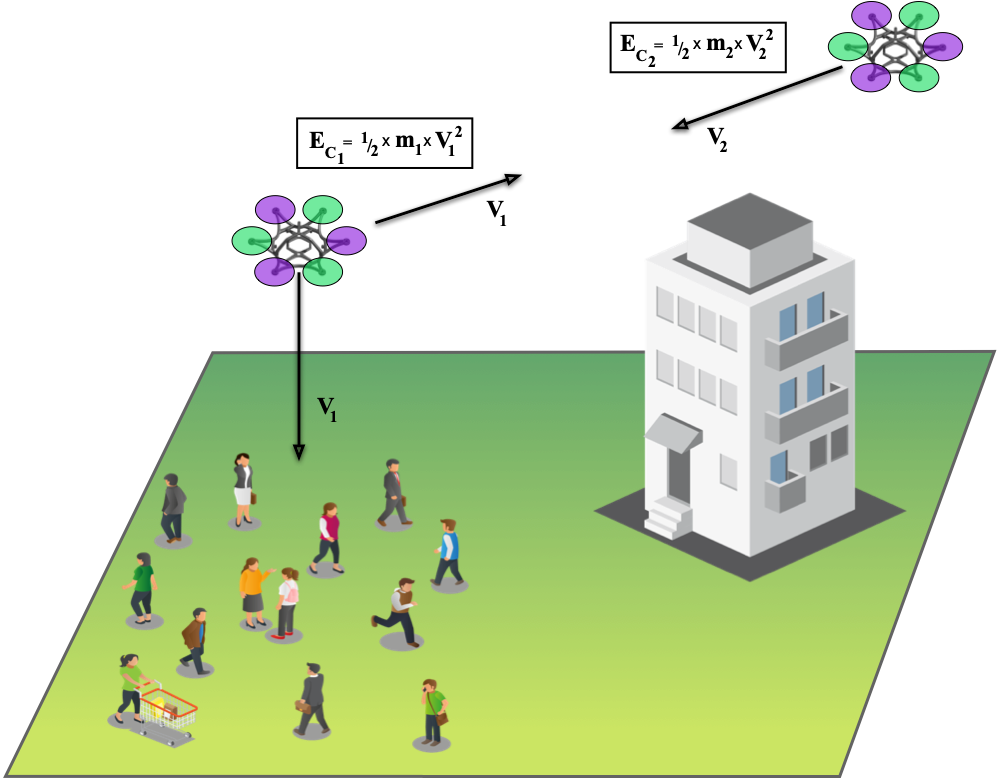 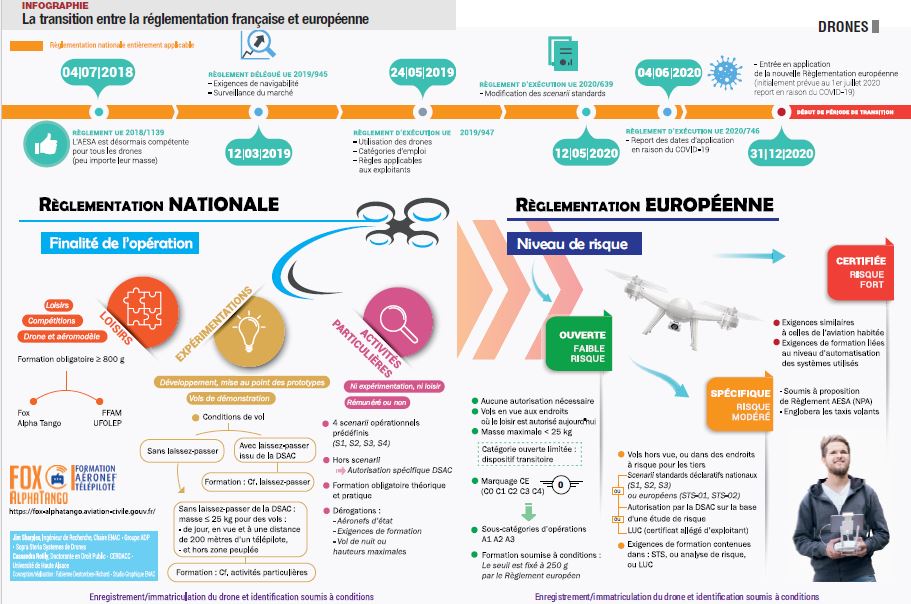 By Elgiz Baskaya | Chair | No Comments

We live in challenging times lately due to the pandemic; it is a fight for many sectors, and humanity. Without a doubt, aviation is one of the mostly affected industry. Those days will hopefully pass and will give way to a new rise of aviation, possibly with new tools and new applications. One of those tools is inevitably Artificial Intelligence (AI), and its applications to aviation.

The fact that AI has the potential to open doors for new possibilities in aviation has been known for a while, and a variety of organizations have already been issuing papers mentioning its potential and the expected challenges of its application [1,2,3,4].

The very nature of AI enables new functions, but also makes it difficult to be understood by us humans. The fact that it is not deterministic helps to cope with the inherently non-deterministic nature of the world, but makes it difficult to be interpreted by the humans, who are also inherently non-deterministic, yet search for determinism to predict the next outcome.  First of all, it might be useful to give a tiny bit of insight of what I mean by determinism. Well, here, I am not necessarily talking about a nice sophisticated definition of determinism, but rather the understanding of an aerospace engineer who has touched AI from one corner at one point. A deterministic system is a system, that gives the same output given the same input. Let’s say if your system is the airplane, given the same control inputs to it, you would expect it to behave in the same manner – provided of course that all the other flight conditions remain equal. Until today, all the systems used on-board an aircraft were deterministic (well, we can discuss here if a pilot behaves deterministically or not…) and the standards and certification strategies applied to it are developed to accommodate them. This gives an ease for the certification bodies to be sure how the system will behave, so that the system can be designed to achieve the expected safety requirements. But yet, just at that moment, we also sacrifice the ability to handle the unexpected situations, since we have already designed the system to deal with the expected (or in an expected range) in an expected manner. Thus, dealing with unexpected situations, might be calling for solutions of an unexpected, unpredictable nature. Then, how can we utilize AI systems, which can learn, and tackle more complicated situations but still behave safely? Do we need a new understanding of safety, do we need to look for solutions that will give answers within a safe bound even if not necessarily deterministic? How do we deal with that?

Another point is, determinism is not the only thing missing for AI solutions to be able to be covered by current certification methods; Machine Learning (ML) methods cannot be certified with current tools even if they are deterministic. As an example, if we train a classifier that will distinguish faulty phases of a flight with respect to nominal flights, and then implement it, and not change the already trained model, then the model we have is deterministic. And yet, due to some other issues such as data dependency and explainability – which we will discuss in upcoming articles – today, we cannot certify a deterministic machine learning application.

With those and similar questions in mind, Europe and US are merging their power to offer the industries the chance to enjoy the advantages of AI in aviation (not all of them necessarily new, but newly efficient). In Europe, EUROCAE WG-114 Artificial Intelligence working group aims to develop technical standards and tools to guide development and certification efforts of aeronautical systems using AI technologies. The efforts of the working group initiated with the development of a statement of concern document. Being a part of EUROCAE, the Ecole Nationale de l’Aviation Civile (ENAC) also contributes to the efforts of WG-114. Meanwhile, a parallel effort in the US by SAE, G-34 Committee for Artificial Intelligence in Aviation, decides to join the efforts of EUROCAE WG-114, thanks to the common goals shared by the two organization. Although this merge did not yet officially take place, it will enable a harmonized and enriched standardization of AI for aviation.

The standardization effort of AI for aviation systems in the course of the working group encompasses both the onboard and ground systems. The first challenge selected is to focus on the standardization of offline Neural Networks (i.e. that will not modify themselves once the aircraft is in flight), thanks to its wide expected utilization. Although it is the first phase of the effort and statement of concerns document is not yet officially published (the document is almost ready), EASA’s guideline for AI shows that the marriage between AI and Aviation is not that far [5].

AI driven flight control software is a personal interest of mine, being a person of controls in aviation. The feedback mechanism is very powerful and yet dangerous if not used properly, so giving feedback to a system by an AI driven control seems to be not the first application of AI in aviation. But yet, EASA foresees the first usable guidance for a more autonomous machine AI/ML integration to be published in 2024 and finalized in 2028 [5]. So hopefully one day…

“Our most beautiful days- we haven’t seen them yet.” Nazim Hikmet

[4] Challenges in the Verification of Reinforcement Learning Algorithms – NASA 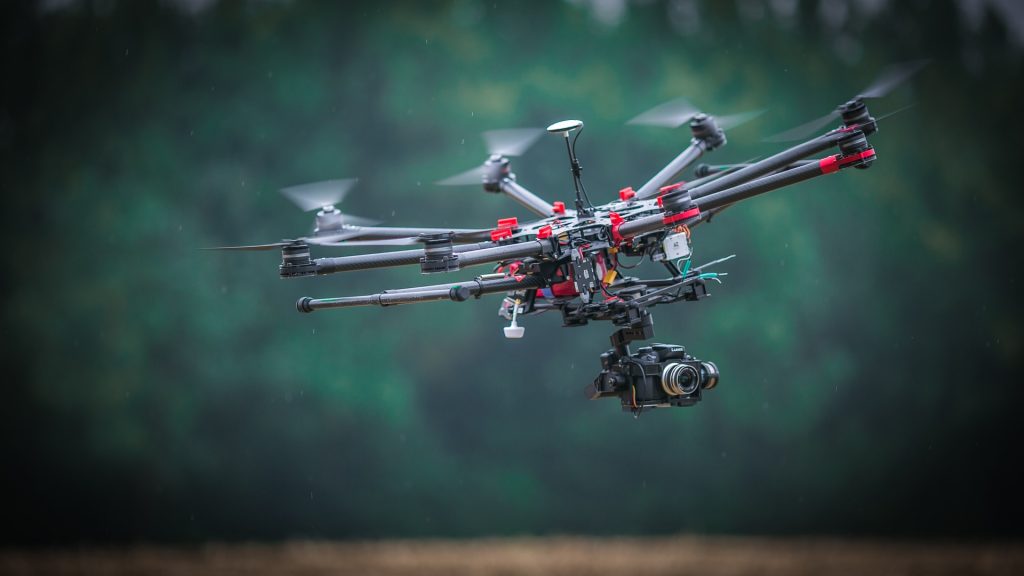 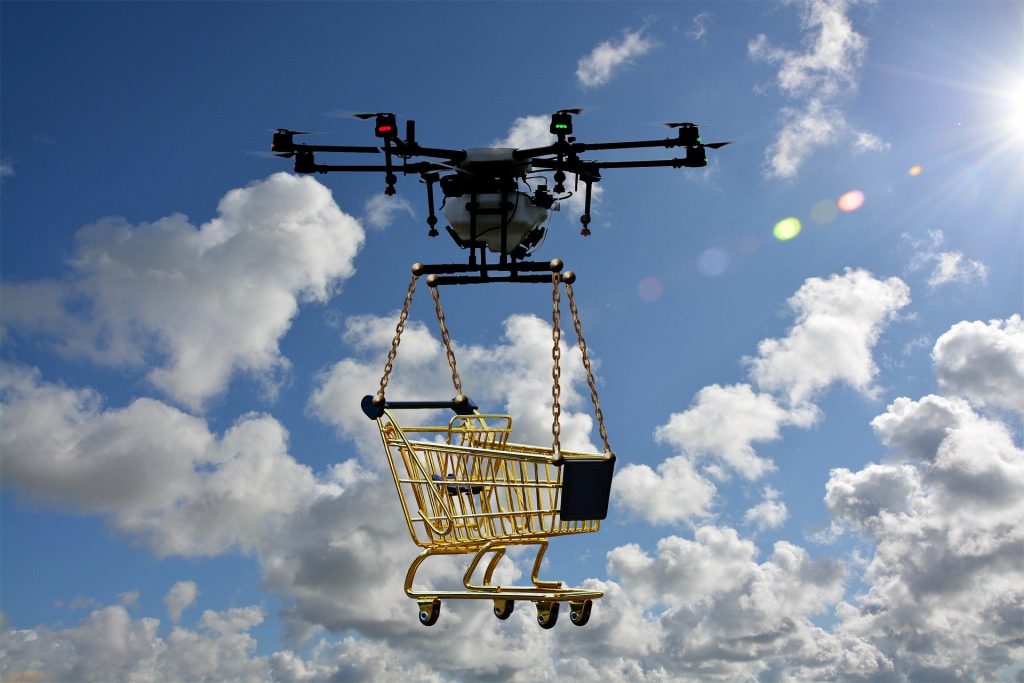 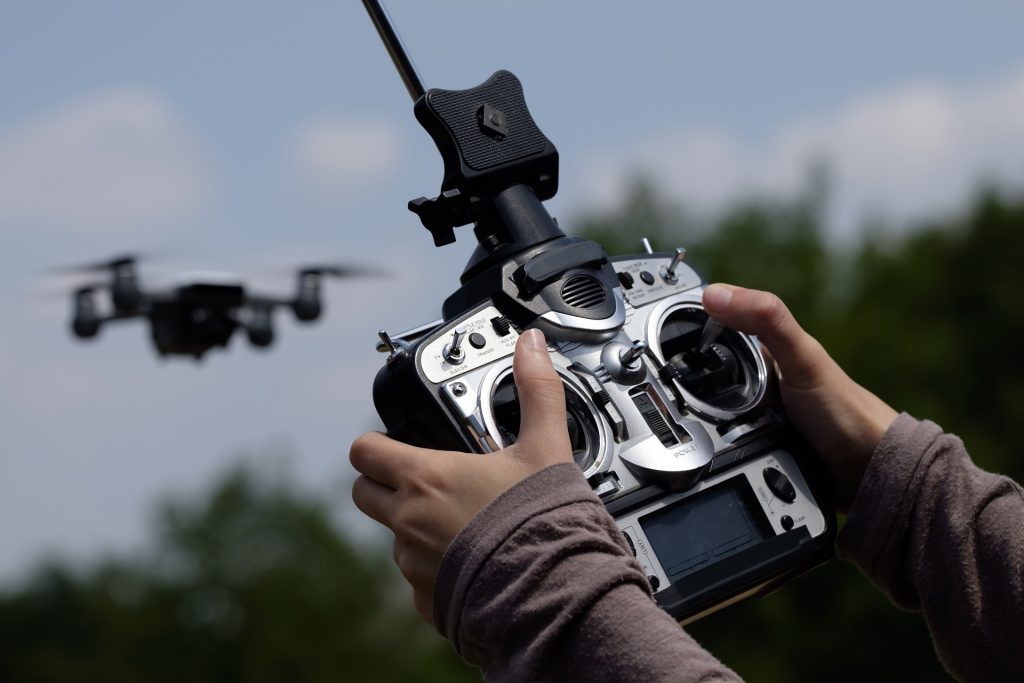 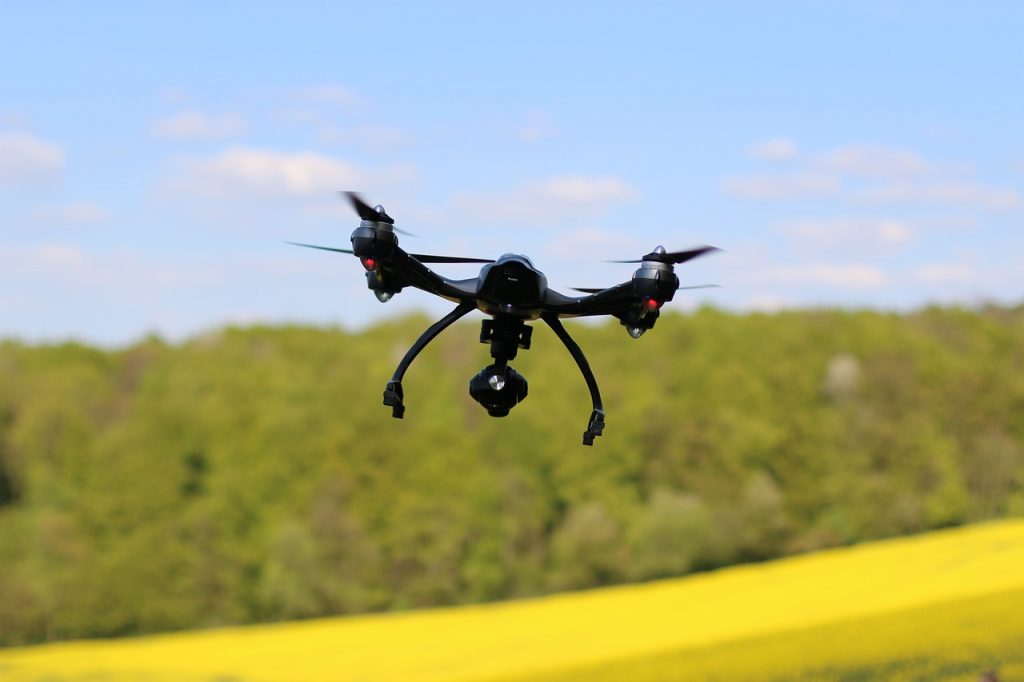 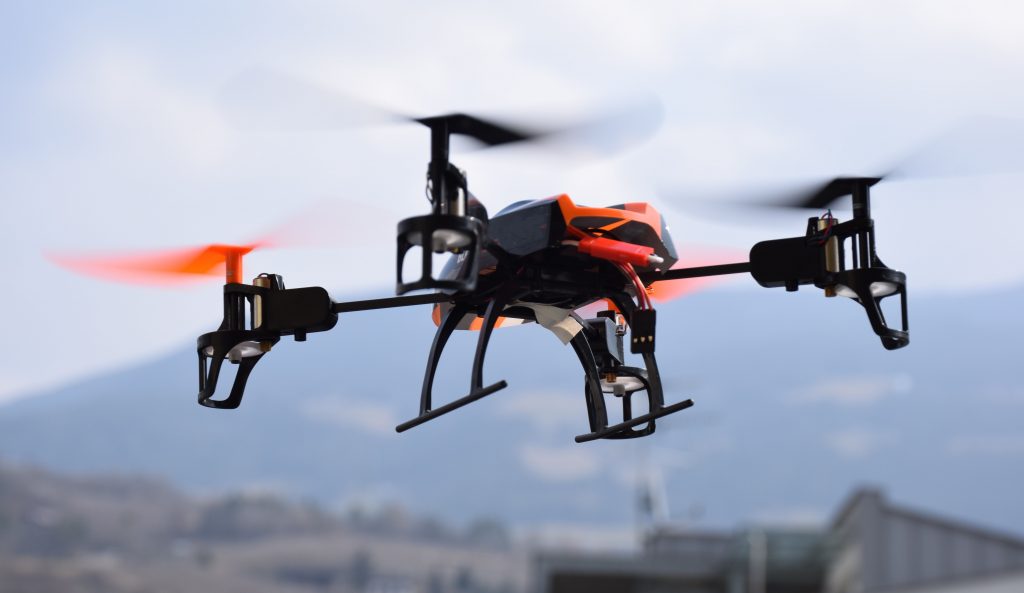 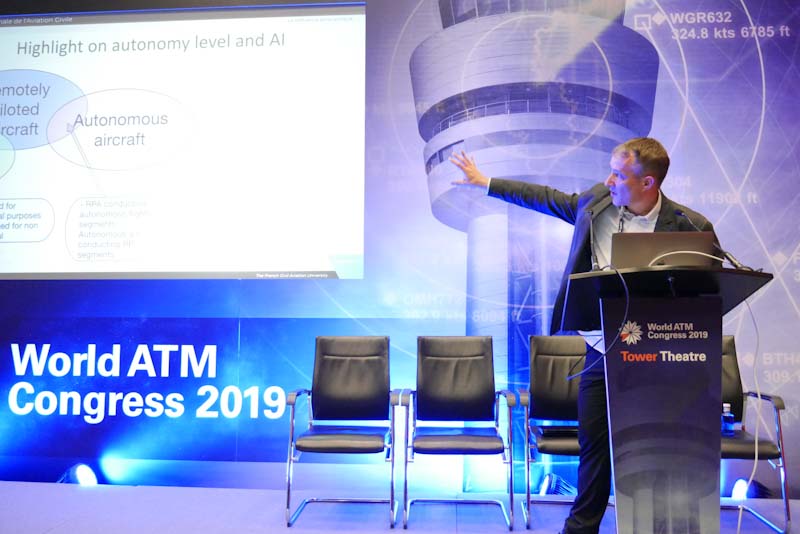 By alexandre fouet | Chair | No Comments

The Chair presented its scientific work at the World ATM Congress in Madrid on March 12-14th, 2019, as part of the World ATC Congress. The conference, entitled “The ENAC – Groupe ADP – Sopra Seria research Chair on drone systems: a new way to explore drones integration into airspace” was presented by the Chairholder Yannick Jestin. The Chair was also presented throughout the exhibition on the ENAC – DSNA booth.

Read the abstract of the conference here >>> 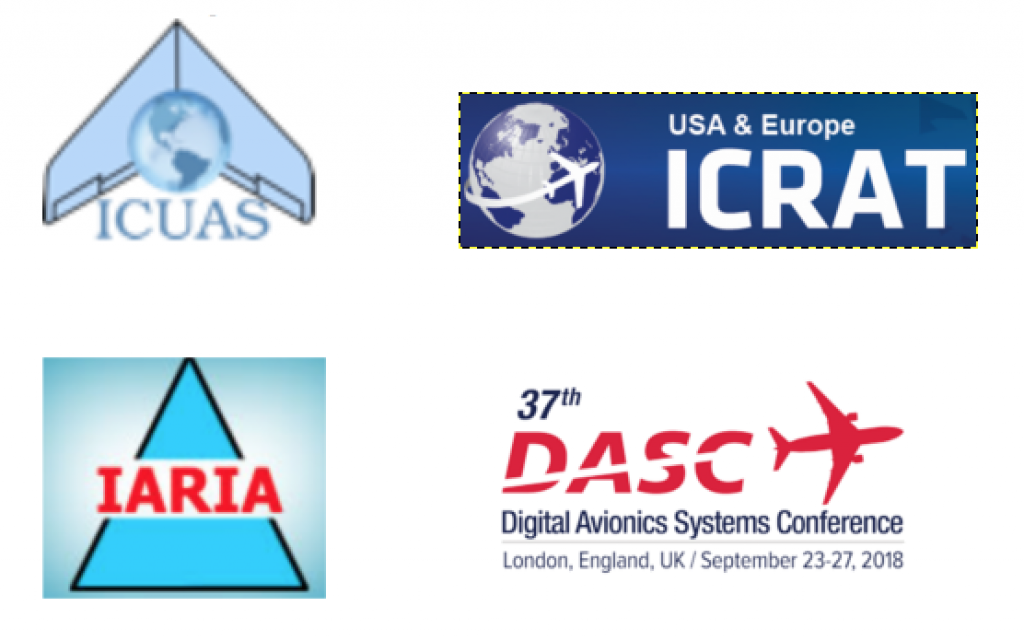 By Guido Manfredi | Chair | No Comments

In the beginning of this year, the Chair researchers have submitted four papers to highly rated conferences, but also to more specialized and industry oriented ones. Letters of acceptation for the four papers have been received recently, which means that the Chair will be able to present its work in four different forums. Here are the titles and abstract of the four papers:

Abstract—Regulations from the ICAO use the term Well Clear without defining it. Now, this definition is needed to design air traffic Detect And Avoid systems. A definition is currently discussed at the ICAO level, with work on the associated Remain Well Clear (RWC) function underway at standardisation bodies level (RTCA, EUROCAE). But many members of the communities impacted by these works are not well aware of their state. To adress this lack of awareness, this paper provides three contributions. First, it derives from ICAO texts the components of a RWC function: boundaries, alerts and guidances. These are linked to essential elements required to define the Well Clear term: a start and end, the actors involved, and the expected actions. Second, it summarizes the current regulatory efforts in RTCA, EUROCAE and ICAO regarding the Well Clear and Remain Well Clear notions. Third, it proposes discussion topics to move forward. From a DAA perspective, the notion of Well Clear is key to unlock RPAS full integration, i.e. operation in all classes of airspaces. Though existing works make good progress, the ressources engaged on this topic seem insufficient when compared with the complexity and importance of the task at hand.

Collision voidance systems are crucial for RPAS integration, yet comparing their performances remain difficult. We believe that using fast time simulations and standard evalu- ation metrics would facilitate their comparison while providing insight into their benefits. However, fast time simulations are often viewed as hard to set up and limited to large scale demonstrations. We believe even small experiments can take advantage of them with huge benefits. The aim of this work is to ease access to fast time simulations by providing explanations, examples and references to previous works and to free software. We also list commonly used evaluation metrics for collision avoidance system performance ranking. By easing the setup of fast time simulation experiments, we believe future works will be able to provide their results in a more detailed and comparable form.

UAS Operations for Retail (to be published in ICAS 2018)

The number of UAS applications is quickly increasing as technology, standards and regulation allow them. With each new application, more industrial sectors get affected, and the retail sector is already being impacted. This paper presents five UAS applications that will impact the retail sector: freight, moni- toring, guiding, delivery, and advertisement. For each application, concepts of operation are provided along with the associated technological, standard and regulatory locks. These operations are then organized along time, from earliest to latest accessible, with accompanying explanation as to why and when. It is shown that the applications most publicized are not the ones that will come first. Finally, a discussion regarding the accuracy of our forecast is proposed and leads to support the enabling of drones are provided.

Machine learning for drone operations: challenge accepted (to be published in DASC 2018)

Machine learning is among the top research topics of the last decade in terms of practicality and popularity. Though often unnoticed, machine learning guides many aspects of our lives since its introduction via the big tech companies. Its abilities rise, defeating 9-dan Go professional, their accuracy increase, enabling smooth voice recognition, adding intelligence to our daily lives. However, its development is mostly supported by high tech companies rather than the public, or regulation, who show increasing concern about its usage. Despite some reluctance, machine learning has started to appear in aviation as well. Operational improvements were among the first applications. Recently an AGE sponsored competition for data scientists resulted in the first place being awarded to a routing algorithm providing a %12 improvement in fuel consumption by learning from real flight data. Other operational issues tackled by machine learning include accurate arrival time estimation and optimal take off parameters calculation. Because it originates from robotics, a part of the aviation community is particularly inclined to use machine learning: the drone community. In their search for autonomy, researchers from this community look for ways to apply machine learning to a core feature of aircraft: the avionics. However, strict regulation could limit these uses. For example, EASA drones regulation classify operations in different categories, depending on the risk. The most risky operations require avionics to be certified, which could prove tricky for non-deterministic machine learning methods. Apart from certification issues, how machine learning could be considered in risk analysis methods is also a question of interest. In this paper, we offer to present a classification of different machine learning algorithm families and consider their fitness for certification and risks analysis. For the relevant families, we discuss the enablers and try to understand the borders that might result or prevent the use of machine learning on certified safety systems, widely referring to the AIAA Roadmap for Intelligent Systems. Similar considerations are held for systems that do not require certification, but need to be taken into account in risks analysis methods. The ultimate purpose of this paper is to highlight the existing challenges which prevent machine learning algorithms from having a wider role in drone avionics, and more generally in aviation.

The presentation of these works will be an opportunity to share the Chaire’s ideas about drones integration and to get feedback from the community through discussion. We are expecting more papers to be ready by the end of this year.