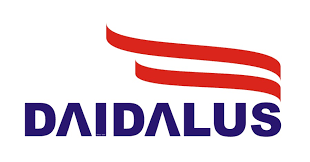 As soon as 2019, Remotely Piloted Aircraft (RPA) are expected to start operating in IFR controlled airspace, among the rest of the traffic. Flying in the middle of manned aviation will require at least to carry a collision avoidance (CA) system, an equivalent of TCAS but for RPA. As RPAs integration goes forward and as they get integrated into uncontrolled airspace, the need to reproduce the human’s “see and avoid” function will grow stronger. This last function will be provided by it RPA equivalent called Remain Well Clear (RWC). The combination of RWC and CA form what is called a Detect And Avoid (DAA) system. In the last years, two large research projects explored these technologies: the MIDCAS project (Europe) and the ACAS Xu project (U.S.). More recently, the NASA put together a third prototype called DAIDALUS.

The situation in the U.S.

A question that comes to one’s mind: why are there two DAA systems being developed in the U.S. (ACAS Xu and DAIDALUS)?

Initially, the ACAS X family, especially ACAS Xa, has been proposed to replace the ageing TCAS systems. ACAS Xu came as a sub product of this effort. At this point, ACAS Xu was only providing the CA function (see here for an introduction to ACAS Xu at this stage). As the need for DAA systems grew, ACAS Xu has been extended to also provide the RWC function, thus forming a complete DAA system. This development has been accompanied by an effort from the RTCA SC-147 to create a standard around this technology (bottom-up approach). In parallel, and before ACAS Xu became a full DAA system, the RTCA SC-228 started developing a standard for a complete DAA system (top-down approach) which could include ACAS Xu for the CA part. This work has been followed by the development of a prototype by NASA called DAIDALUS. As both standards evolved, it became apparent that divergences where appearing between both standardization documents. Efforts have been made to mitigate them and as a result ACAS Xu incorporated two modes: a DAA mode, with alerting times close to the ones defined in the SC-228 DAA documents, and a Policy mode with alerting times close to the ones defined in SC-147 ACAS Xu documents. On the other side, the SC-228 is currently planning on incorporating in its document a class of equipment which includes ACAS Xu (though this is to be done).

A drone carries a DAA system to provide situational awareness to its remote pilot, detect surrounding aircraft and provide guidance to avoid conflicting traffic. The drone carrying the DAA system is called the “own ship” and a conflicting aircraft is called “intruder” or “threat” depending on its proximity in terms of distance and/or time before closest point of approach.

The DAA system monitors the airspace around the own ship to detect and track surrounding traffic. As conflicting traffic passes some distance/time thresholds, different alerts are raised (with different importance levels) to attract the pilot attention and prompt an avoidance action if required. Finally, the DAA system provides guidance to help the pilot choose the best course of action. These notions are useful to understand the following comparison between ACAS Xu Run 3 and DAIDALUS.

Results and data from ACAS Xu Run 3 (third optimization of the ACAS Xu policy tables) on their Flight Test 2 (FT2) have been retrieved to evaluate DAIDALUS, thus allowing comparison of both algorithm on the same dataset. Though both algorithms are expected to behave differently due to their different design (e.g. alerting time) some insight have been provided by this comparison.

From a general perspective, the guidance directions are consistent between both algorithms, though ACAS Xu is more conservative in its alerting times and guidance. Its RWC functions alerts earlier (a few seconds) than DAIDALUS and limits more severely the possible manoeuvers. But its collisions avoidance function alerts later (10-15s) than DAIDALUS, while being more constraining in the manoeuvers. ACAS Xu also provides greater resilience to sensors and intruder dynamics uncertainties. Now, some unexpected behaviors have been highlighted by this comparison. In the case of ACAS Xu, the range of possible manoeuvers decreases so fast that quickly there are no possible manoeuvers (especially for the RWC part). This means that at some point the pilot will stop receiving guidance from the system as it considers that there is no action capable of solving the current conflict. This goes in direct contradiction with the SC-228 DAA documents (and possibly pilot acceptability) which specify that a guidance should always be provided to the pilot. A second unexpected behaviors is that, even though ACAS Xu (and DAIDALUS) declared an action as unsafe, sometimes ACAS Xu will change its guidance and ask to cut right through the danger. As for the DAIDALUS algorithm, due to its linear dynamics approximation and limited integration of sensors uncertainty, it exhibits an “alerting toggle” behavior where alerts would be toggled on and off quickly during an encounter as the aircraft is predicted to come in conflict and diverge from the conflict. This is related to a difficulty to declare the end of a conflict (“Clear of Conflict” equivalent for RWC).

The comparison performed in this work put forwards a lack of maturity in the ACAS Xu Run3. Tests including the Run 4 version would be of interest to see if the highlighted behaviors disappear, persist or if new ones appear. From a safety point of view, the conservativeness of ACAS Xu is a good thing, though its limitations in terms of guidance seem to go against the idea of accommodating for more densely occupied airspaces. This study shows that there is room for improvement in terms of DAA systems, as the DAIDALUS prototype performs better than ACAS Xu in some respects. A European initiative to be compared with ACAS Xu and DAIDALUS would be highly welcomed as it would allow for further insight about the DAA concepts in general.