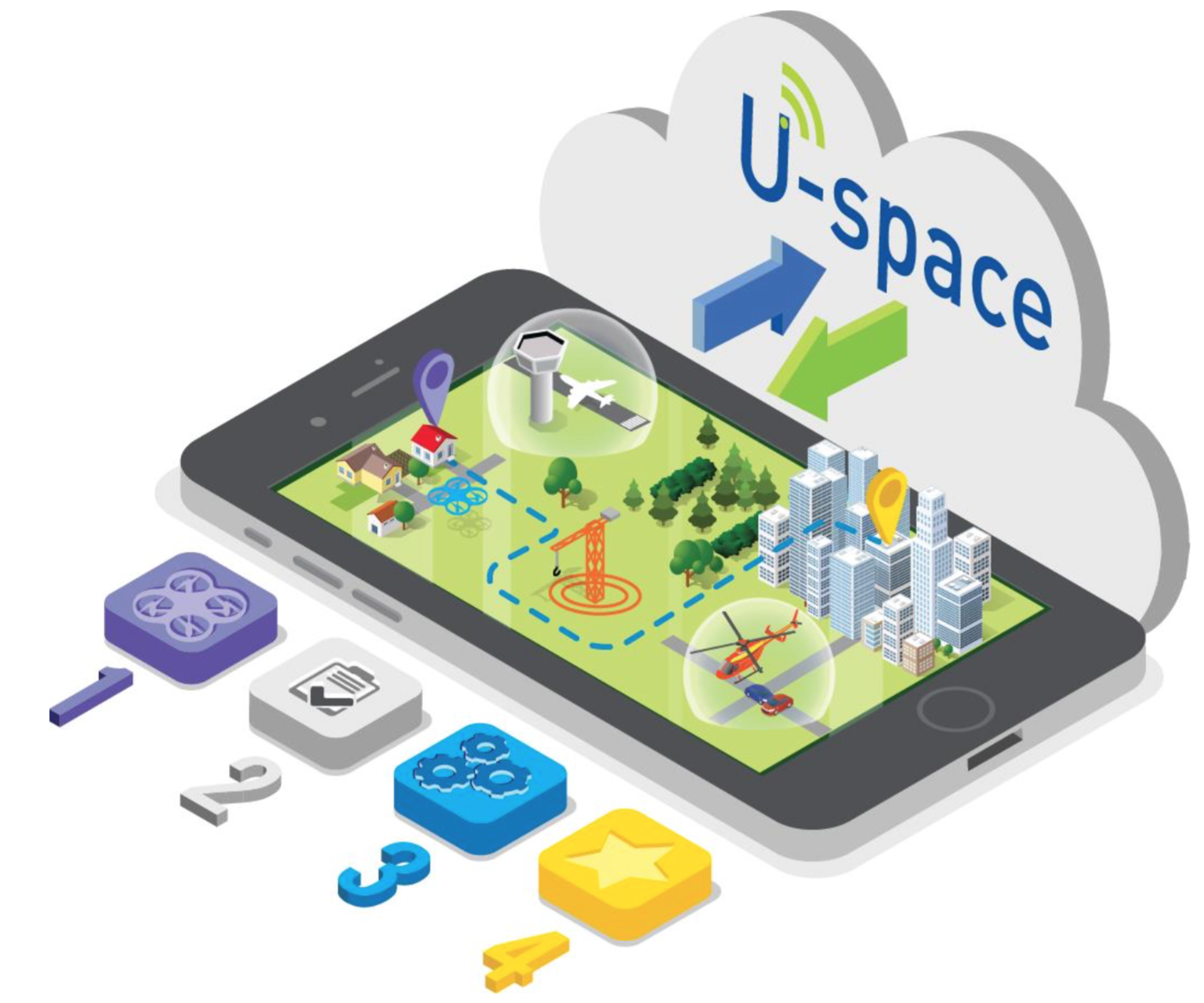 (The U-Space blueprint is available here)

There is a need for urgent action to develop “the concept of the “U-Space” on access to low level airspace especially in urban areas” as mentioned in the Warsaw declaration of November 2016. Since then, the term U-space has been shrouded with mystery: what is the difference with the NASA’s Unmanned Traffic Management (UTM) concept ? What is part, or not, of the U-space ? Who will provide it and who will benefit from it ?

The 16 June 2017, the European Commission published a press release announcing the U-space blueprint, a document aimed at describing in more details what the U-space is, and what it is not. Though bringing some more detail, the six pages document is far from a being a full concept of operation. In the following we quickly summarize the working of the U-space and comment some points of the blueprint that appeared as interesting to us.

Using the U-Space seems fairly simple: the user access it through the web, file a flight plan for a drone and have it validated automatically. Then, as the drone flies autonomously, a supervisor monitors it in a on-the-loop manner. Finally, the drones complete its mission and can go to its next mission. Now, some points are still unclear.

Unlike the UTM concept, the U-Space is not limited to Very Low Levels (VLL), it includes all the services offered to drones irrespective of the airspaces they fly in. So U-space is a super set of UTM. Moreover, it covers urban, sub-urban and rural operations, though none of these terms are defined. For example, for the “urban” term, it is not clear if it is related to population density (then a festival in the countryside gathering thousands in few kilometers square should be classified as urban) or if it is linked to buildings density (then an empty industrial site at night should be classified as urban).

An unanswered, yet crucial point remains the economical model of the U-space: who sustain the costs, e.g. maintain the infrastructures ? Will the users have to pay to access the U-space infrastructure (like some highways) or only for the services ? The same question applies for the supervisor overseeing your drone’s activity in the UTM, who will pay for him/her ? Will this be like choosing a pilot for one’s plane or more like contacting an ATCO ? And doing a parallel with the Internet, is it possible to envision “free” services, based on donation (wikipedia style) or on advertisement (youtube style, e.g. with the drone playing an advertisement before it releases its parcel).

Regarding the supervisor, it seems like on can choose him/her. For a long range mission, should one choose different supervisors in the different commande centers concerned ? And when and how does the supervisor take over/release your drone ? Before the drone take off ? Once you put the drone in some airspace ? The supervisor role is still unclear.

From an individual user perspective, at a time where the net neutrality is being jeopardized, the will to “guarantee equitable and fair access to airspace for all users.” appears as an important commitment. The weight of large companies is already visible in many aspects, so hopefully this sentence translates into effective rules.

Though the U is not for Universal, the U-space strive for the inclusion of all and any airspace users “including military”. This last statement is likely to be a difficult one. Military operations tend to ask for high security levels in data communication and handling, moreover their high priority is likely to go against the previous point and ignore any “equitable and fair use”.

The U-space will “ensure a proper interface with manned aviation, ATC and relevant authorities.”, though this goes without saying, it may prove difficult. Indeed, drone technologies evolve at a very fast pace while aviation has historically been careful regarding changes. Ensuring proper junction between such different behaviors may prove more and more difficult as time goes by.

Finally, one can see that an effort is being done to clarify the notion of U-space. Still, the more information is given, the more questions are raised. And though the blueprint is eager to explain how the different service will be rolledout before 2019, it misses and important point : the development of a complet concept of operation.